Fista 's implemented activities are considered as specialized services including the education and mental health services to the most vulnerable groups of children and youth with disabilities and learning difficulties. FISTA is providing services to the children from a very early age and following their educational program until they become ready to be included in schools or in vocational training centers. FISTA ''s activities tackle the individualized educational program of each child in response to his needs and the therapeutic plan that helps enhancing the beneficiary 's mental health through individual sessions with specialists such as psychotherapists, special educators, speech and psychomotor therapist.

The exclusion of persons with disabilities from the education and healthcare systems places higher protection risks on children and youth; including child labor, early marriage and other forms of violence and ill-treatment. Under her programs, FISTA is addressing this problem through the implementation of a package of programs that tackles four main pillars:

FISTA programs also adopt a rights-based approach, as enshrined in the CRPD, which promotes “the goal of full inclusion” at all levels of education and the right of children with disabilities to access inclusive education on an equal basis with others in their communities.

Our Mission:
Provide and Secure a supportive and inclusive learning environment for persons with disabilities by empowering them socially and modifying the educational and vocational programs to suit their individual needs.

Our Vision:
Promote the rights of persons with disabilities, protect them and give them equal opportunities in society.

Our beneficiaries:
We are the home of diversity:

It all started in 1989, when a group of ambitious, passion-driven and determined people met. Their motivation at the time was stronger than their abilities. Their inspiration stemmed from their own experiences. Some belonged to a family with disabled children and had thereby striven through these challenges and yearned for support.

Their only armor was the hope and strong determination that they had mustered through their personal experiences and motivation to elicit changes in children’s lives. This is how FiSTA was born; through the laborious efforts of volunteers, a humble, reed-based construction was derived. This construction was composed of two classrooms, each equipped to receive nine children with intellectual disabilities from different areas in Tripoli and its suburbs.

It was not easy for children’s parents to bring their children every day to this humble, yet specialized school. Despite the fact that it was the first school of its kind in the area that was specifically tailored to the needs of children with special needs, the families’ stringent financial situation rendered it difficult to access the services that they needed. In addition, the long distance that some of these parents had to travel to reach the school was a challenge. To combat this challenge, the volunteers decided to use one of their own cars as means of transportation to take the children to this humble school, which nonetheless was managed by professionals and experts.

Accordingly, the school that was constructed from reed began to evolve and grow year after year. Through the support and benevolence of individual donors, we were able to find a bigger space to accommodate the ever-growing need to expand. FiSTA was not growing alone; the team began to grow into experts, and those who were once children at FiSTA had grown into young men and women who are actively engaged in society.

The need to expand was indisputable. During these years, we targeted more than 7,000 students. Today, we serve approximately 500 children every year in our three premises located in the north of Lebanon, through which specialized educational systems and individual services are provided.

To all students at Fista, our young men and women: you were, since the very beginning, the stories of our success and the legends of our history.

We are immensely proud of this history crafted by you and your families who are our ultimate partners. 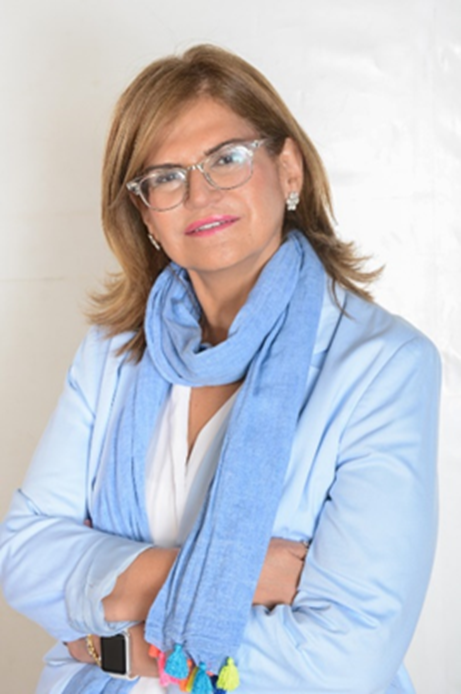 Working since 1988 in the field of rehabilitation, Dr. Sana Hamzeh is a founding member at First step together association FISTA and Clinical Advisor at Restart Center for Rehabilitation of Victims of Violence and Torture, established in 1996 in Lebanon.

Dr. Hamzeh’s current work focuses on survivors of torture and trauma. As an international expert and certified trainer in the psychological documentation of torture according to the Istanbul Protocol, she has intervened with over 30,000 survivors and has documented hundreds of cases of torture and sexual violence, of which tens were referred to the court. In June 2018, Dr. Hamzeh (with the collaboration of lawyers) presented 23 of these cases to the Eastern High Court of Denmark, through which 18 were given a compensation. In addition, Dr. Hamzeh is currently directing the psychological documentation program in the Forensic Unit of the Palace of Justice in Tripoli, North of Lebanon.

Dr. Hamzeh served as Vice President of the International Rehabilitation Council for Torture Victims (IRCT) from 2016 till 2020. She is currently a member of the Independent Forensic Expert Group (IFEG), and a co-drafter of the Istanbul Protocol 2022 edition. Dr. Hamzeh was also the recipient of the 8th Barbara Chester Award in 2019, in Arizona, USA - the first award to be given in honor of worthy persons who undertake the difficult and often dangerous work of providing healing services in circumstances of torture. 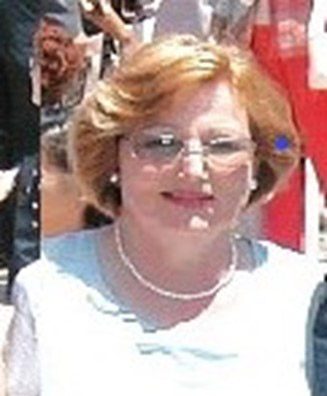 Dr. Wali Merhej, a medical doctor originally from Austria. She studied medicine in Vienna in the 1960s, and went on to study pediatrics and realized that she was very interested in child psychiatry. At the hospital, she spent a lot of time in the children’s ward. That was where she found her passion. “These children should not have been in a hospital. Their place should have been in specialized schools. In those days things did not work this way,” she explained.

After she finished her studies, She learned that a hospital in Lebanon needed a volunteer to work with them for a year. With this in mind, Wali packed her bags and came to Lebanon, the year was 1967. She worked within the new-born division at the hospital.

She later established the “Little Prince Kindergarten” and a diagnostic center for special needs in the Mousaitbeh area in 1974. The Little Prince is also open to children with disabilities, who are otherwise often discriminated against in Lebanon. She organized summer camps for students with learning difficulties in the mountains.. Thus Wali Merhej committed herself to ensure the rights of children with disabilities and learning difficulties. In order to establish a more effective structure for the many individual initiatives, she decided to found an umbrella organization in the legal sense of an NGO. 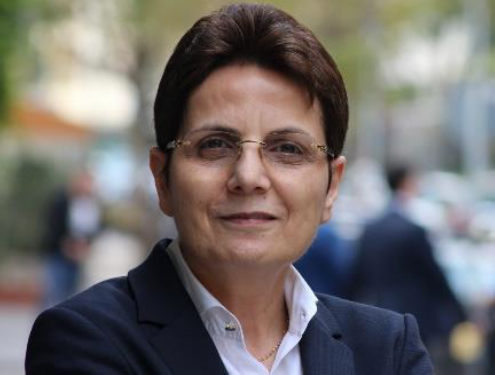 February 2021 - Current: Chairperson of the United Nations Subcommittee on prevention of torture and other Cruel, Inhuman or Degrading Treatment or Punishment (SPT) - Geneva

2011 - 2016: Vice - chairperson of the United Nations Subcommittee on prevention of torture and other Cruel, Inhuman or Degrading Treatment or Punishment (SPT) - Geneva

2005 - Present: Chief Executive Officer of the Restart Center for Rehabilitation of Victims of Torture and Violence, Lebanon.

For the last 3 decades, Lebanon and the region have been the focal point of her efforts in the fight against torture and protection of persons deprived of their liberty. It all began as a clinical psychologist supporting victims of torture and soon grew into more targeted preventive approaches. She has been Leading an organization named “Restart center for Rehabilitation of victims of violence and torture” that has served thousands of victims for 25 years now and has been partner to UNHCR since 2007.

She has built partnerships with law enforcement and government agencies in Lebanon for prison reform and capacity building programs including but not limited to:

• The design of Training Curricula for Internal Security Forces on Prison management which were integrated in their training Academy.

• Training on monitoring of places of detention for oversight mechanisms within three security agencies.

Suzanne has introduced “Investigative Interviewing techniques for criminal cases” to Lebanese security institutions and military divisions in collaboration with the Norwegian Center for Human Rights and experts working with the UK police. This technique provides the ground for a culture shift in police practices.

Also, part of the preventive work accomplished in her country was the design and establishment of a torture preventive mechanism utilizing an Independent Forensic & Psychological Examination Unit. The unit conducts medical screenings of all persons under investigation in the Tripoli Justice Palace. This mechanism was highlighted as s positive aspect by the CAT’s concluding observations to Lebanon and referred to as a preventive model in the CTI tool.

In addition to her work at Restart Centre as independent Human rights activist, she has also served as the President of the International Rehabilitation Council for Torture Victims (IRCT) between 2012 and 2016, sat on the Advisory Council for the development of a universal set of guidelines on non-coercive interviewing tactics and has recently joined Penal Reform International as a board member in 2020.

During Ms. Jabbour’s past 8 years as member and vice chairperson of the UNSPT, she has conducted numerous monitoring visits to state parties to the OPCAT including Europe, Latin America, Africa, Asia, and MENA region. The visits involved unrestricted access to all places where persons may be deprived of their liberty, their respective installations and facilities and all relevant information. She has also advised and provided assistance to states Parties on the establishment of the National Preventive Mechanisms and followed up on an immense amount of measures with states concerning legislation and public policy.

In 2013, she was awarded the North-South prize from the council of Europe for her exceptional commitment to human rights, democracy and rule of law, contributing to the north‐south dialogue and interdependence.

In 2018, Ms. Jabbour was nominated by the Office of United Nations of the High Commissioner of Human Rights, as an exceptional human rights defender from the Middle East and North Africa (MENA) on the 70th anniversary of the Universal Declaration of Human Rights (UDHR).